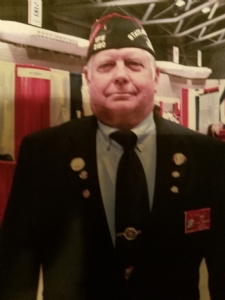 Richard joined the ARMY in April of 1967. His basic training was at Fort Benning, Ga. AIT at Ft. Lee, Va. and parachute training at Ft. Benning

Ga. After training, Richard was sent to Vietnam with the 101stAir Borne in Jan. of 68 stayed in country until Mar. of 70. He started out in the infantry for short time, and then was transferred to the 3 and 4 echelon heavy equipment shop. Were he later became section Sgt. over this shop. In 2009, Richard joined VFW Post 2120 Robertson County, Tn. He held Commander, Jr. Vice Commander, Surgeon, and Trustee at the post level attaining the designation of All American Post. In District Four, Richard served as District Commander twice and trustee for 3 years. He also has served as State Inspector, Surgeon, Judge Advocate, and Jr. Vice Commander. Richard also held national positions as National Assistant Inspector General. Richard has worked as a farmer and maintenance tech. for 40yrs.