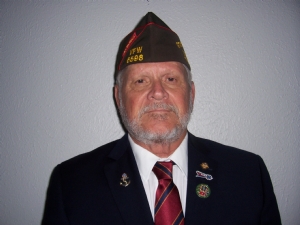 Jim joined the United States Navy in July 1963. Basic Training and Machinist Mate ‘A” School was at Great Lakes Naval Training Center at Great Lakes, Illinois. Jim was then transferred to Nuclear Power School in Bainbridge Maryland and then to the Nuclear Power Prototype in West Milton, NY. Jim then transferred to the US Naval Submarine School New London, Groton Conn. After completion of training he was assigned to the USS Patrick Henry SSBN 599. Jim made 8 Patrols and was awarded ‘SSBN Deterrent Patrol Insignia with 8 Stars”.