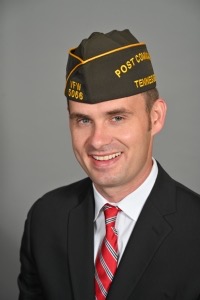 Justin Johnson served in the United States Marine Corps from 2002 to 2006 and then again in 2008-2009. His first duty assignment was with MWSS-171 in Iwakuni, Japan as a motor vehicle operator, in which he deployed to South Korea in support of Operation Foal Eagle in March-April of 2004, where he first earned his eligibility by receiving the Korean Defense Service Medal. In July of 2004 after completing his first duty assignment in Japan he was stationed at Camp Lejeune, North Carolina and deployed to Fallujah, Iraq from February-September 2005 with Combat Logistics Battalion-8 as a motor vehicle operator, in which he earned an Iraq Campaign Medal for Operation Iraqi Freedom. After leaving the Marines in 2006 he was employed with the Memphis Police Department as a patrolman in 2007 (2007-2012) and was recalled back for service in the Marines in 2008. Mr. Johnson has the honor of being the first group of Marines to be recalled from the Individual Ready Reserve (I.R.R.) since the Korean War. Upon being recalled into the Marines he was stationed at Camp Lejeune, NC and deployed to Ar-Rutbah, Iraq (Korean Village) from September 2008 to April 2009, where he earned another medal for Operation Iraqi Freedom (3rd Award). Mr. Johnson is employed as the Tennessee Suicide Prevention Network, Regional Director for Memphis/Shelby County. As a Regional Director he advocates to eliminate the stigma of suicide, provide evidence-based trainings, and helps network like-minded individuals in his region into teams to provide prevention, postvention and intervention services. He holds a bachelor and master degrees from the University of Memphis in Social Work. He maintains his Gold Legacy membership at VFW Post 5066. As the VFW Post 5066 Historian he hopes to preserve the history of 5066 and retell the stories of veterans who have come home from War and have been able to successfully reintegrate into their communities and be leaders within them by still serving through the VFW. Mr. Johnson can be contacted by email at justinjohnson813@gmail.com.